This is a classical type of problem in physics. Imagine you are on the beach, and you throw a ball somewhere in the ocean. You the decide to have a race with someone who can get to the ball faster. Both of you run at the same speed, and when you enter the ocean, you slow down due to the water’s resistance. Therefore, the only thing that will affect who will win the race is what path each one of you takes. So the question is, which is the fastest path? 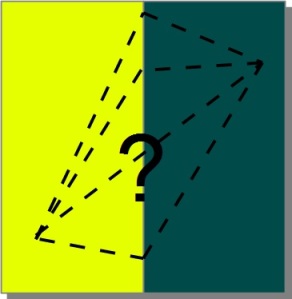 END_OF_DOCUMENT_TOKEN_TO_BE_REPLACED

On Earth, one can indirectly find what the structure of inside the planet is by measuring the waves created by an earthquake. The Earth’s interior, having layers with different compositions, will refract and reflect those waves, and by measuring the wave all over the Earth, what can make a reasonable assumption as to what the Earth is like inside it. Unfortunately, we can’t exactly place seismographs in other planets. In the case of Saturn, though, there is a structure you can measure which will indirectly tell us what is going on inside the planet. It is the rings, which it turns out that while its shape is predominantly affected by Saturn’s moons, they alone don’t account for all the waves on it. The planet itself affects the rings, and one of the findings is that the inside of the planet is sloshing around. More details is in the link above.